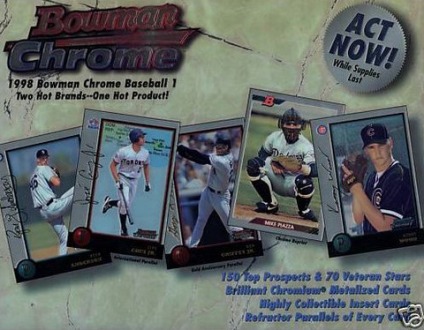 Total production was limited, and series two production was nearly 20% lower than series one.  Given that there are serial numbered inserts included in packs, total print runs for the base cards and each type of insert can be back-calculated and are as follows:

Golden Anniversary refractors: This parallel insert set features a gold facsimile autograph as well as a refractive finish and a gold serial numbered stamp /5 on the card reverse which guarantees a print run of 5 copies of each card. Inserted at a rate of 1: 1640 series 1 packs and 1:1330 series 2 packs.